The Catcher in the Rye: The Author - J.D. Salinger

"Born in 1919 to a prosperous Manhattan family, Jerome David Salinger grew up in a New York City milieu not unlike that of young Holden Caulfield. Being a diligent student was never his first priority: After he flunked out of several prep schools, including the prestigious McBurney School, his parents sent him to Valley Forge Military Academy in Pennsylvania, from which he graduated in 1936. (Many people believe he modeled Pencey Prep, the fictional school attended by Caulfield, after Valley Forge.) He briefly attended Ursinus College, also in Pennsylvania, and New York University, where he stayed one month.

It was not until he took a short story course at Columbia University that Salinger officially launched his literary career. His teacher, Whit Burnett, was the founder and editor of Story magazine, which gave a headstart to a number of mid-century fiction writers. Salinger's first published piece appeared in Story. Then he moved rapidly into the big time of slick commercial magazines, writing short pieces for Collier's, Saturday Evening Post, Esquire, Good Housekeeping, Cosmopolitan and the upscale New Yorker.

Salinger has consistently refused to allow anyone to republish his early stories—those written between 1941 and 1948. (However, they may still lurk among the microfilm or microfiche copies of old magazines in local libraries.) Several are about draftees in World War II and may mirror Salinger's own military experiences in that war. He served in the Army Signal Corps and the Counter-Intelligence Corps from 1942 to 1945, participating in the Normandy campaign and the liberation of France. Winner of five battle stars, he still found a way to keep writing during this period, toting a portable typewriter around in the back of his Jeep (as did Holden's brother, D. B., in the novel).

The extant body of Salinger's work therefore consists (in addition to The Catcher in the Rye) of three collections of short stories: Nine Stories (1953), Franny and Zooey (1955) and Raise High the Roof Beams(1963)— plus, of course, his more recent book, Hapworth 16, 1924 (1997), which is a republication of a formerNew Yorker novella.

From the early 1960s on, Salinger lived in seclusion in rural New Hampshire, his privacy fiercely protected by loyal friends and neighbors. Married twice, he has two children, Margaret Ann and Matthew, from his second marriage. Both marriages ended in divorce."  He died in 2010. 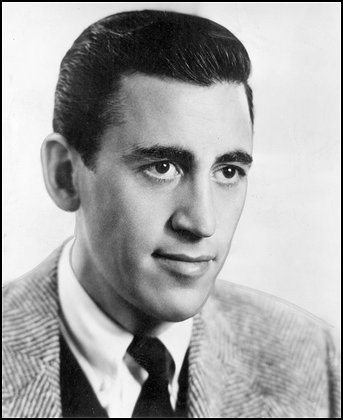