A Raisin in the Sun: Home

A Raisin in the Sun 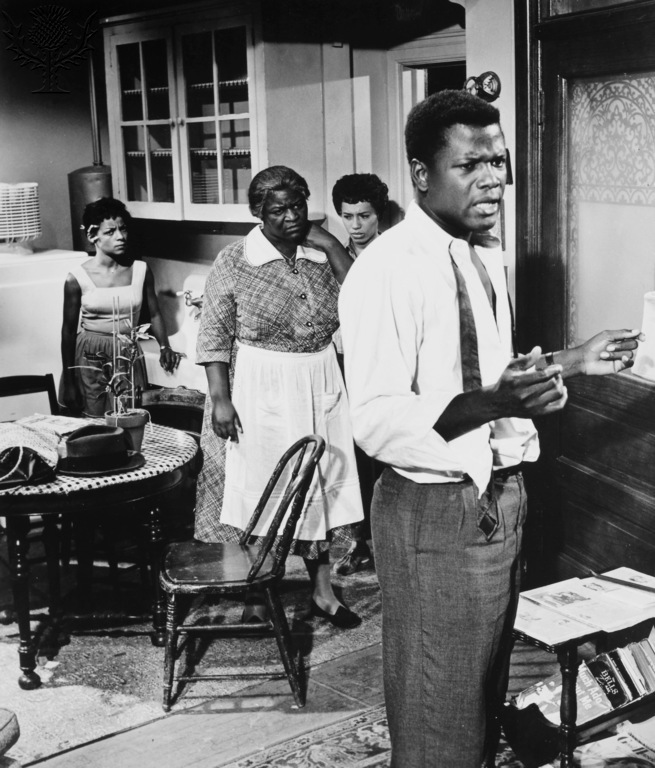 A Raisin in the Sun -

About A Raisin in the Sun

WHAT'S BEEN SAID ABOUT A RAISIN IN THE SUN:

"A Raisin in the Sun was a revolutionary work for its time. Hansberry creates one of the first honest depictions of a black family on an American stage, in an age when predominantly black audiences simply did not exist. Before this play, African-American roles, usually small and comedic, largely [used] ethnic stereotypes. Hansberry, however, shows an entire black family in a realistic light, one that is unflattering and [not] comedic. She uses black **vernacular throughout the play and discusses important issues and conflicts, such as poverty, discrimination, and the construction of African-American racial identity.

A Raisin in the Sun explores not only the tension between white and black society but also the strain within the black community over how to react to an oppressive white community. Hansberry’s drama asks difficult questions about assimilation and identity."

** vernacular: the language or dialect spoken by the ordinary people in a particular country or region.

MORE BACKGROUND AND REVIEWS OF A RAISIN IN THE SUN