A Raisin in the Sun: THE PLAYWRIGHT 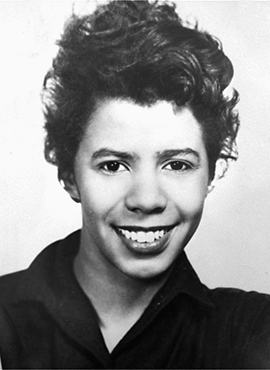 Lorraine Hansberry - (1930-1965), was the first African American playwright to achieve success on Broadway. She became famous for her first play, A Raisin in the Sun, a drama about the attempt of a black family to escape from the Chicago ghetto. This play provides a study of the search for identity by African American men and women, both within the family and within a racially prejudiced American society.

The Story Behind the Play

In 1938, Lorraine Hansberry watched her father make history.  Segregation was legally enforced in the city of Chicago at this time.  Her father bought a house in a white neighborhood and, when the city tried to force him to move, he challenged the laws about segregation by taking his case to court. When the lower court agreed with the city and ordered him to vacate the house, he appealed to the U.S. Supreme Court and won, in the Hansberry v. Lee decision of 1940. His victory did not, however, protect him from prejudice and violence. As he was contesting his case in the court, a mob attacked his family, including young Lorraine, hurling stones and bricks at them.

This experience left an indelible mark in Hansberry’s mind that was manifested in her future works, particularly in her award-winning play A Raisin in the Sun (1959). After Hansberry was graduated from Englewood High School in 1948, she attended the University of Wisconsin. It is not known why she chose a white college, considering her family’s tradition of attending black colleges. Her sister Mamie attended Howard University. It seems likely that Hansberry had a global vision and did not deem attending a white school a betrayal of fighting for black causes.