Abbreviated copy of the original Catcher in the Rye libguide 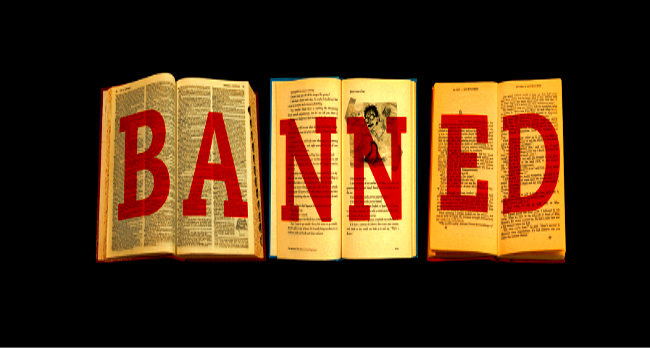 The Novel's Reception
The Catcher in the Rye has been listed as one of the best novels of the 20th century. Shortly after its publication, writing for The New York Times, Nash K. Burger called it "an unusually brilliant novel,"[23] while James Stern wrote an admiring review of the book in a voice imitating Holden's.[24] 41st United States president George H. W. Bush called it "a marvelous book," listing it among the books that have inspired him.[25] In June 2009, the BBC's Finlo Rohrer wrote that, 58 years since publication, the book is still regarded "as the defining work on what it is like to be a teenager. Holden is at various times disaffected, disgruntled, alienated, isolated, directionless, and sarcastic."[26] Adam Gopnik considers it one of the "three perfect books" in American literature, along with Adventures of Huckleberry Finn and The Great Gatsby, and believes that "no book has ever captured a city better than Catcher in the Rye captured New York in the fifties."[27]

Not all reception has been positive, however. ​

In 1960 a teacher was fired for assigning the novel in class; he was later reinstated.[28] Between 1961 and 1982, The Catcher in the Rye was the most censored book in high schools and libraries in the United States.[29] In 1981 it was both the most censored book and the second most taught book in public schools in the United States.[30] According to the American Library Association, The Catcher in the Rye was the tenth most frequently challenged book from 1990–1999.[11] It was one of the ten most challenged books of 2005[31] and although it had been off the list for three years, it reappeared in the list of most challenged books of 2009.[32] The challenges generally begin with Holden's frequent use of vulgar language[33] ,[34] with other reasons including sexual references,[35] blasphemy, undermining of family values[34] and moral codes,[36] Holden's being a poor role model,[37] encouragement of rebellion,[38] and promotion of drinking, smoking, lying, and promiscuity.[36] Often the challengers have been unfamiliar with the plot itself.[29] Shelley Keller-Gage, a high school teacher who faced objections after assigning the novel in her class noted that the challengers "are being just like Holden... They are trying to be catchers in the rye."[34] A reverse effect has been that this incident caused people to put themselves on the waiting list to borrow the novel, when there were none before.[39]

Catcher in Television, Books, and Music

The main plot for the Japanese anime television series Ghost in the Shell: Stand Alone Complex (2002) hinges on elements from The Catcher in the Rye from which a character uses a digital logo representing Holden Caulfield, and the quote "I thought what I'd do was, I'd pretend I was one of those deaf-mutes."[32] These themes and some additional quotes are also expressed in Stand Alone Complex 2nd GIG (2004), although the characters and plot have changed.

John Fowles's 1963 novel The Collector uses The Catcher in the Rye as "one of the most brilliant examples of adolescence" in popular culture, possibly under a moral light.[35] In it, Miranda encourages her kidnapper Clegg to read Catcher, thinking he might relate to Holden's alienation.[15] However, Clegg finds Holden's actions unrealistic given Holden's wealth and status, and "[doesn't] see much point in it." In the film adaptation of The Collector, this conversation and Clegg's attitude toward the novel and popular culture is subdued.[36] The novel has itself been linked to several serial killers.[15]

The Ataris' song "If You Really Want to Hear About It" from their album End is Forever takes its title from the novel's opening sentence. The final lines paraphrase those of the book with "Don't ever tell anyone anything or else you'll wind up missing everybody." Several other specific references are made within the lyrics.[41]

Billy Joel's "We Didn't Start the Fire" mentions the novel as a historic item of note during his lifetime.[42]

Green Day released the song "Who Wrote Holden Caulfield?" on their 1992 album Kerplunk.

Shootings Connected to the Novel 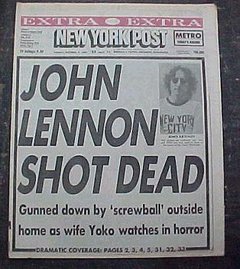 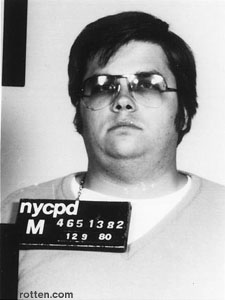 The Catcher in the Rye's Connection to Shootings

The most well-known event associated with The Catcher in the Rye is arguably Mark David Chapman's murder of John Lennon [14]. Chapman identified with the novel's narrator to the extent that he wanted to change his name to Holden Caulfield. On the night he shot Lennon, Chapman was found with a copy of the book in which he had written "This is my statement" and signed Holden's name.[15] Later, he read a passage from the novel to address the court during his sentencing.[16] Daniel Stashower speculated that Chapman had wanted Lennon's innocence to be preserved by death, inspired by Holden's wish to preserve children's innocence despite Holden's later realization that children should be left alone.[16]

After John Hinckley, Jr.'s assassination attempt on Ronald Reagan in 1981, police found The Catcher in the Rye among half a dozen other books in his hotel room.[17]

Robert John Bardo, who murdered Rebecca Schaeffer, was carrying the book when he visited Schaeffer's apartment in Hollywood on July 18, 1989.[18]

Attempted Film Adaptations
Early in his career, J. D. Salinger expressed a willingness to have his work adapted for the screen.[46] However, in 1949, a critically panned film version of his short story "Uncle Wiggily in Connecticut" was released; renamed My Foolish Heart and taking great liberties with Salinger's plot, the film is widely considered to be among the reasons that Salinger refused to allow any subsequent movie adaptations of his work.[18] [47] The enduring popularity of The Catcher in the Rye, however, has resulted in repeated attempts to secure the novel's screen rights.[48]

Films Inspired by the Novel
Although Salinger had refused a film adaptation, many Hollywood films have based characters on Holden Caulfield.[8] [19] Holden has been identified as "one of the most reproduced characters on film." Furthermore, many such films reference each other.[20] Anthony Caputi, a specialist in dramatic literature at Cornell University, claims that the novel inspires both "variations" and "imitations", comparing it with several coming-of-age films.

• Rebel Without a Cause (1955) is widely regarded as one of the first American films to delve into teenage psyche, and there are several similarities to 'Catcher in the Rye', such as both works being told from the perspective of an aimless teenage boy with a troubled family life who is struggling with growing up. Other similarities includeCultural references to the novel doomed teenage romance, living in a metropolitan area, and homosexual interpretations.

• In Annie Hall (1977), Woody Allen says that he only has books with the word "death" or "dying" in them. Diane Keaton holds a copy of The Catcher in the Rye and says, "What about this one?”

• The film Taxi Driver (1976) follows Travis Bickle, who seems to be a representation of Holden Caulfield, only older and more confrontational. The list of similarities is long, from analyzing the fact that both of them obsess over women and try to protect the innocence of children, to the fact that both of them purchase a prostitute without actually having sex with her. They both live in New York City, and though they only see all of the filth in the city (as they are incredibly pessimistic), and vow to leave, neither of them actually departs.

• In The Shining (1980), Wendy is seen reading the novel, a foreshadowing of alienation similar to that of Holden.[23]”

• The film Field of Dreams (1989) is based on the W. P. Kinsella book Shoeless Joe. In the film, one key subplot involves the main character, Ray Kinsella (played by Kevin Costner), kidnapping noted radical book author Terence Mann (played by James Earl Jones). The Mann character is described as having written some of the most controversial books of the 1960s, including The Boat Rocker. In the original book that this film is based on, the Kinsella character actually kidnaps Salinger. According to the DVD extras, the author and the film producers acknowledge the fact that Salinger begrudgingly allowed his namesake to be used as a character in the book, but asked that he not be portrayed on film in Field of Dreams. So the producers and screenwriter Phil Alden Robinson, in consultation with the author Kinsella, changed the Salinger role to that of the fictional Mann. In a direct homage to the book, the Mann character initially denies, then admits, about using the name John Kinsella in one of his short stories, and that John Kinsella is the name of Ray's father. Salinger used both the name Ray Kinsella in a short story, and later the name Richard Kinsella as one of Holden Caulfield's classmates in The Catcher in the Rye.

• In Finding Forrester (2000), William Forrester is the reclusive writer from New England who wrote 1 great book "Avalon Landing" and left the public wanting more and wanting answers. The plot has been used many times but references about youth and loss of Forrester's book can clearly be paralleled to Salinger's work. Also being Set in NYC and a very well known prep school are both main settings for CIR.